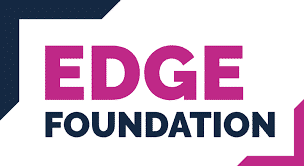 We asked Olly Newton, the Executive Director at The Edge Foundation where his job is to understand the latest education research and practice in the UK and worldwide, to write a thinkpiece on input into this roundtable discussion. Olly imagines what advice he might give three new Ministers.

At the Edge Foundation, Olly gathers together the facts, figures, research and evidence to share with policy makers, practitioners and the media, and is the lead author of Edge’s research and policy reports. Before Edge, he spent ten years with the Department for Education, most recently as Head of Apprenticeship Strategy.

Before joining the Edge Foundation, I had the pleasure of working in the Department for Education for 12 years and still remember the excited buzz around Sanctuary Buildings with the arrival of a new ministerial team.

The Ministers who have recently arrived to lead this work have some of the most exciting, responsible and no doubt daunting jobs in government. In my thinkpiece for a recent FED event, I imagined what advice I might give three new Ministers.

To Robin Walker MP, the new Minister for School Standards, I would say don’t fall into the trap of rushing back to what we know from before the pandemic – an over-reliance on written exams and prioritisation of memorised knowledge above all. Over the last couple of years, some amazing work has been done by organisations like Rethinking Assessment and the Independent Assessment Commission. They have built the case for a multi-modal assessment system based on highly effective examples seen elsewhere in the world that truly values the wide range of young people’s talents. It is time for us to embrace this and to supplement it with a richer, broader curriculum and engaging pedagogy.

To Nadhim Zahawi MP, the new Secretary of State for Education, I would say let’s build on the amazing work that you did as Adviser on Apprenticeships but not go back to eye-catching numerical targets to drive the system. Instead, let’s learn from recent research on the impact of the previous reforms which shows that, while they have brought lots of advantages, they have unintentionally refocused the programme on training older existing workers at higher levels. If apprenticeships are going to drive the government’s agendas around building back better and greater social mobility, we need to ensure that they offer great opportunities to young people starting their career including at Level 2 and Level 3. We also need to focus on providing the support needed to raise completion – it is in nobody’s interests that more than a third of apprenticeships started are never finished.

Finally, to the Rt Hon Michael Gove MP, Secretary of State for Levelling Up, who will have a strong influence across government, I would say it’s time to leave behind the highly marketised model of education that underpinned the move towards academies and MATs when you were Secretary of State for Education. While Scotland, Wales and Northern Ireland are increasingly encouraging collaboration between institutions, the highly competitive English market drives perverse behaviour across the system. What is needed to level up is significantly more funding for Further Education so that they can compete with industry to hire high quality staff, support for collaboration between institutions in local communities and a reversal of the proposed removal of BTECs and associated qualifications which offer amazing opportunities to young people from a wide range of backgrounds.

Good luck in your new roles!