‘Education policy beyond the school gates’ by Loic Menzies 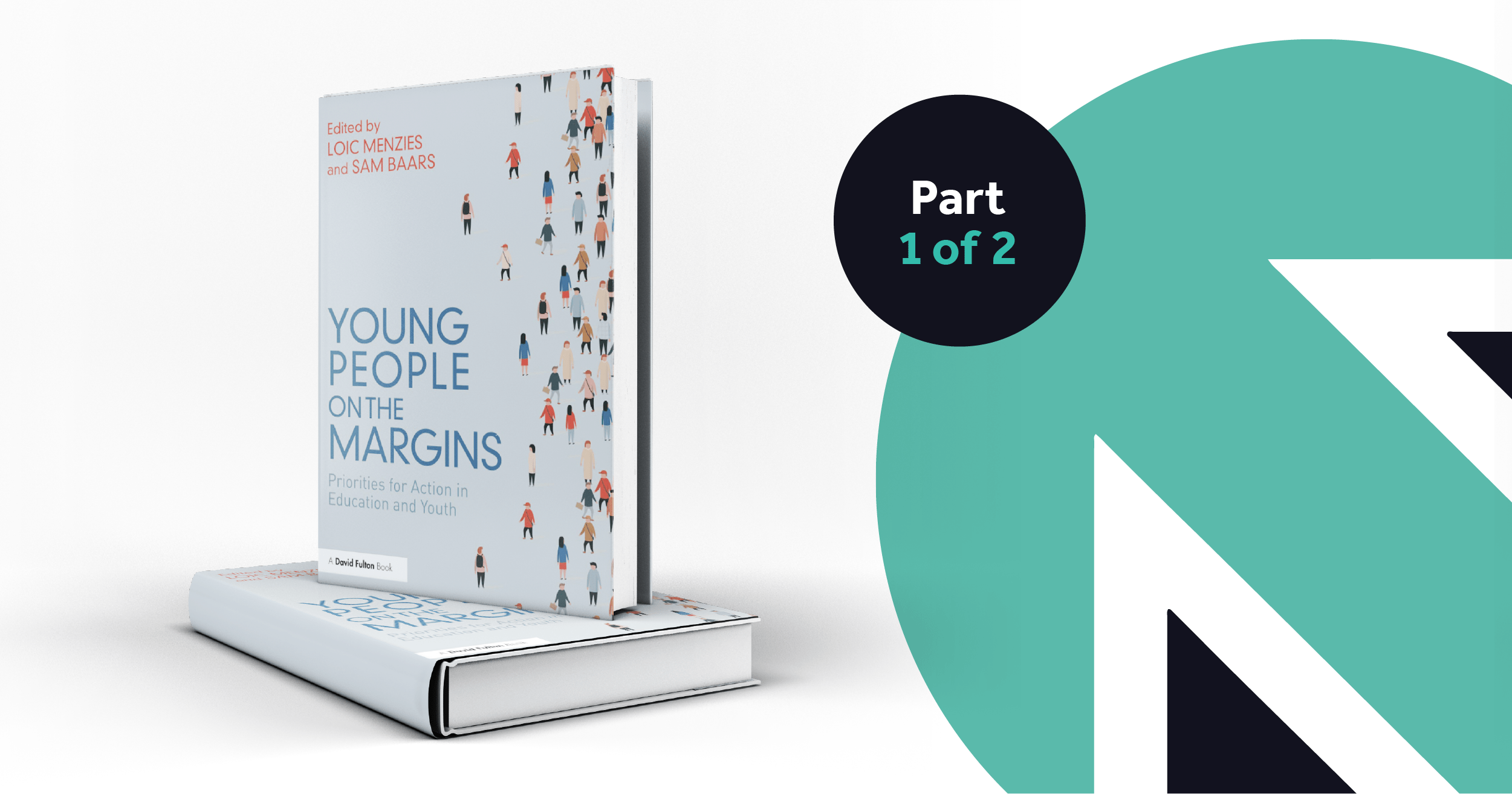 We asked Loic Menzies, the Founder and until recently the Chief Executive of the Centre for Education and Youth and FED Executive Team member, to write a thinkpiece on his input into this roundtable discussion. In this two-part thinkpiece, Loic shares his insights from his book ‘Young People on the Margins’ and highlights key issues surrounding supporting all young people across and within the education system, noting that ‘If education policy is going to work for all young people, then we can’t leave it all to schools.’

In Spring 2020 Routledge published “Young People on the Margins”, a book I authored with my former colleagues at The Centre for Education and Youth. It tells the story of the innumerable young people we have met over the course of our research; young people who find themselves ‘on the margins of education’ for a variety of reasons. What links them, is that it is not necessarily schools that pushed them there.

Take the young homeless people my colleagues and I worked alongside in 2017. One of them was Andrzej who had dreams of setting up his own business. He was studying at college, but then turned 18 – at which point he was threatened with sanctions by the Job Centre if he did not prove that he was searching for a job in college hours. Eventually he had no choice but to drop out. Or consider Emily, who experienced a traumatic bereavement. She told us how in the absence of support, relationships in her family broke-down and she went off the rails, rapidly falling out of education. Meanwhile Anthony had made it through to studying for A-levels, but he was a young carer for his grand parents and the system failed to give him the support he needed to flourish and complete his education. In each of these cases schools might have been able to mitigate the challenges these young people faced, but ultimately, it was policy areas adjacent to schools that defined Andrzej, Emily and Anthony’s educational outcomes.

These young homeless people ended up on the far edges of the margins, but similar conclusions hold for large swathes of the pupil population further from the edges too. Will Millard’s chapter of Young people on the Margins shows that gaps in, and under-resourcing of the care-system and social-services make it extraordinarily difficult for around half-a-million young people a year to succeed in education. Meanwhile teachers, parents and pupils will be familiar with the educational challenges that result from endless waiting lists for Child and Adolescent Mental Health services.

Further grounds for looking beyond schools when developing a long-term vision for education policy can be found in a new report from The National Citizens Service and The Centre for Education and Youth. The report highlights stark disparities in children’s access to Non-Formal Learning and the case for involving specialist organisations in tackling these. I have also written extensively about compelling evidence demonstrating how policies that hurt family finances –  like the two-child limit on benefits and ending the £20 uplift to universal credit – hurt children’s educational prospects too.

With the above in mind, I can understand many teachers’ frustrations. School leader Michael Merrick was surely right when he recently tweeted that when he thinks of the most important issues in education at the moment, he thinks of safeguarding, SEND, Speech Language and Communication support, deprivation and all manner of other things, before he thinks of curriculum. Yet education policy tends to be dominated by the minutiae of curriculum and pedagogy to the exclusion of other levers that could play a powerful role in reducing educational inequality and raising achievement.

If education policy is going to work for all young people, then we can’t leave it all to schools. I therefore hope that as we battle to recover from the pandemic, education policy will cast its gaze beyond the school gates.

In Part 2 of this blog I will set out my emerging reflections on what that might look like.